As patriots, we all want to be there for our military Heroes in every way. What if I told you I’ve found a great way to help our Heroes be ready for anything?  I tried to find a way to help support our military, and may have found the most fun way to do it: civilian role play in military exercises.

Military pride runs strongly through my family. My grandfather served in the Navy in WWII, my father was in the Air Force, and all my uncles served. My grandmother even built B-25 Mitchell Bombers. And all these years later, I have the special honor of being an Army Mom. Patriotism is a very special, intense part of who we are; and a foundational legacy that I had the good fortune of learning from great parents.

I’m always trying to find new ways to help or support my son through his service (who, being a capable, grown man, often respectfully declines.) Another thing that I have always tried to do is find any way I can of relating to what he goes through as a soldier. And trust me: I get it that I will never completely get it, no matter how badly I want to understand.

However, I’ve stumbled upon a way that other patriots and families of our Heroes can both contribute greatly to military preparedness, and become closer to understanding and relating better to their Heroes, and that's  civilian support for military exercises.

Being a voice actress and crewing films puts me in touch with a lot of entertainment contacts, and a recent listing on a social media audition group caught my eye. The post requested that actors and non-actors alike apply to take part in a role-play situation that would serve as a joint training exercise for the National Guard and Air National Guard, assessing their readiness to respond to natural disasters or other "mass casualty" situations. The exercise was to be held just a few days away, and I wasn’t even sure I was qualified for such a task. But my desire to be there to help in any way – as well as my curiosity as to how such an exercise is carried out, led me to apply.

After a review of my application and background check, I was approved and asked to act as a civilian role player at Fort Leonard Wood, about two hours from my home. The three-day exercise taught me a lot, and if you're reading this, the experience just might interest you. Interested in learning if you have what it takes? Let's talk about the top ten things you need to know about civilian role play jobs for the military! 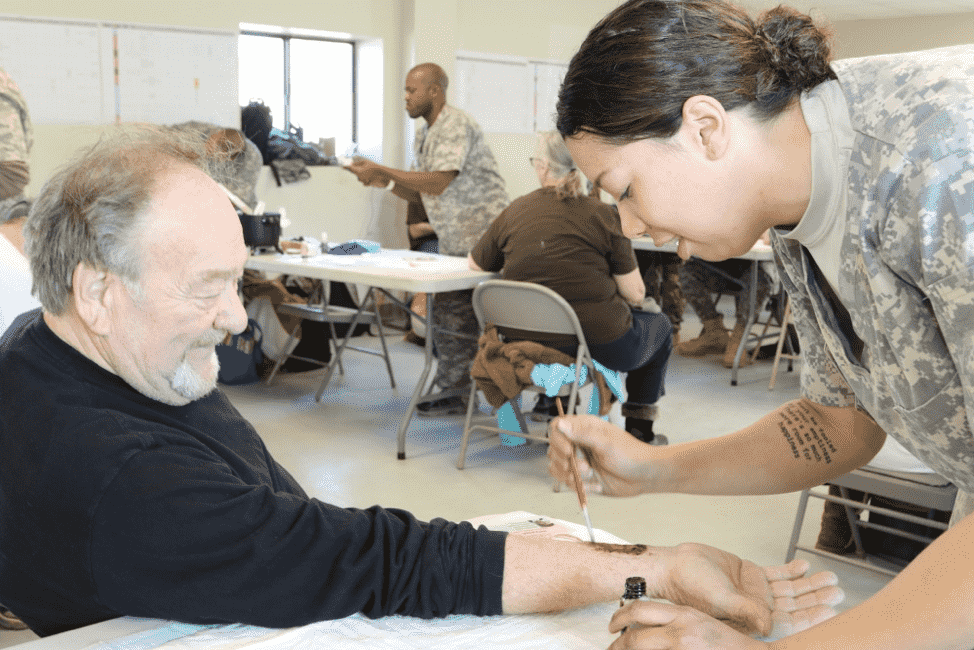 Number Ten: Civilian role players, depending on the exercise, are meant to be diverse as a group. People from all walks of life are encouraged to apply for civilian role play. Prior military service is not a requirement, but may be sought out for certain exercises. Previous acting experience is certainly not a requirement, but is a plus. If you speak a second language, you're even more valuable! The diverse nature of the civilians used in role play exercise are meant to represent any number of challenges our military would face in an actual situation.

Number Nine: Civilian role players are independent contractors and work for civilian organizations who hire role players – you are not working directly for the U.S. Military. However, you are working with and right alongside our Heroes – and that’s where things get interesting!

Number Eight: One of the few universal deal breakers is not having a valid driver’s license or other valid photo I.D., which is required to enter any military base. Exceptions will not be made simply because you are there to participate in a civilian role play exercise.

Number Seven: Remember the recruiting slogan that said  “They get more done before 9 a.m. than most people do all day?” Yeah, that’s a real thing. Exercises typically start very early and are usually several days in duration, so if you can’t be an early riser for at least one to five days, this might not be for you.

Number Six: Exercises are conducted in all kinds of weather – and from my observation they don’t typically “call the game” for rain, heat, etc. Although safe and effective scenarios are the goal, comfort is not necessarily included in the deal – but then again, comfort usually isn’t part of a disaster or other emergency. Just be glad that this isn’t the real deal, and that you get to clock out at the end of the day.

Number Five: You WILL get some exercise – and, depending on the scenarios planned and the number of role players, probably a LOT of exercise. Remember, the point of the scenario is to see how the units involved respond in a given situation. Expect to be active for the duration of the event. While the exercise will likely have some “hurry up and wait” times, you’ll probably be on the go more often than not. 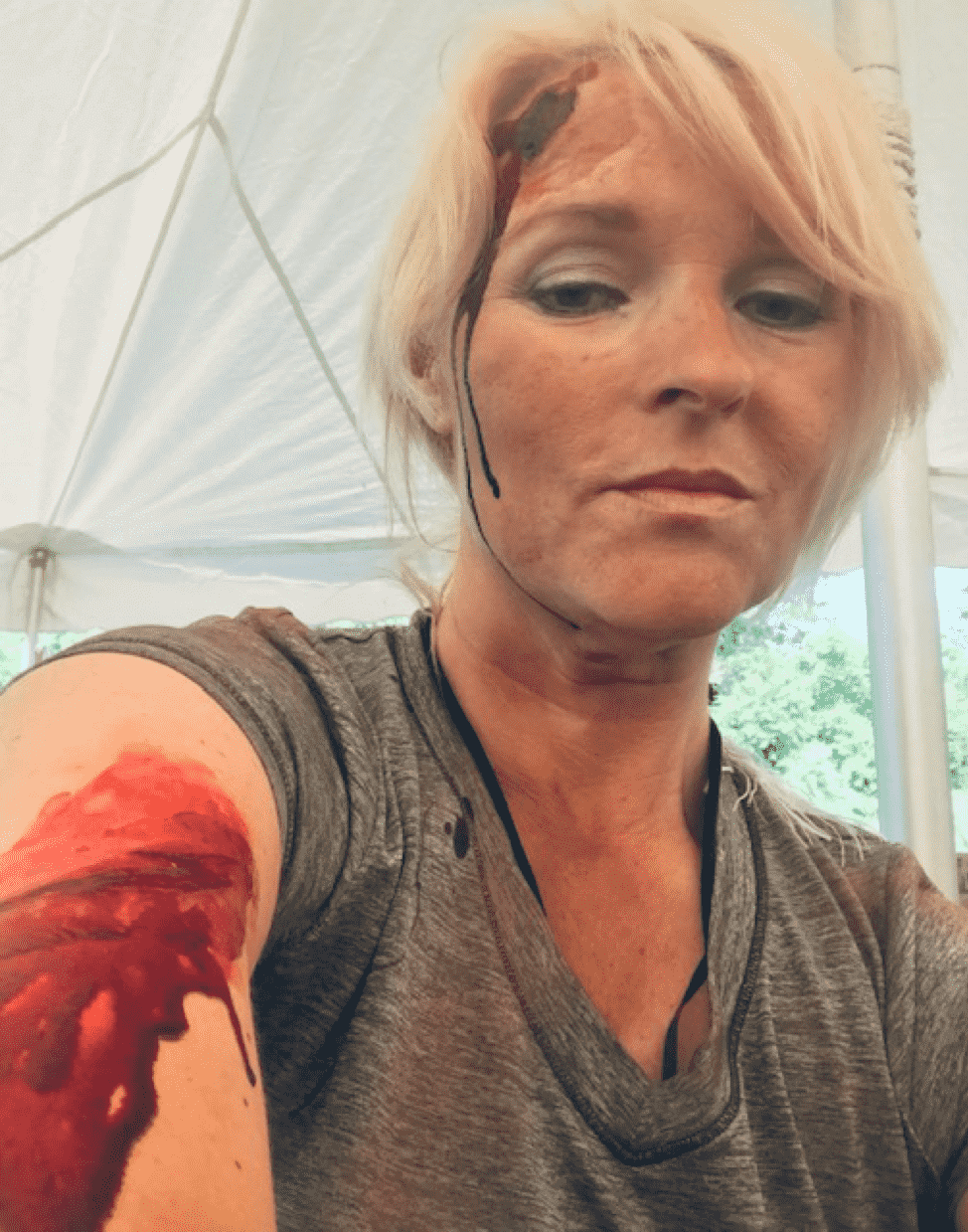 Number Four: Expect to get hot, wet (especially if a decontamination component is part of the exercise), dirty, and moulaged.  Moulage is the process and art of applying fake wounds, burns, blood, bone breaks, and other injuries. Properly applied, these wounds and blood can look surprisingly realistic. If fake blood or injuries make you queasy, or if you don’t like having moulage applied, civilian role play may not be a good idea for you. It’s actually a really interesting process to observe and be involved with. Over a three-day period, I was moulaged with lacerations, abrasions, third degree burns, and dust inhalation.  Moulage is done by professional licensed cosmetologists, and sometimes by service members themselves.

Number Three: You gotta play the game. That’s why they call it role playing – each time you are sent into a situation, you’ll have a role to play, which includes specific injuries, mood, affect, and behavior. You can’t be too shy or self-conscious to scream in pain, for example, if that’s what your role calls for. If you're not willing to go all out, this might not be for you!

Number Two: While the experience of being a civilian role player in a military exercise might not be for everyone, it just might be something you’d like to try. A quick Google search pulls up a number of civilian contractors who hire civilian role players, and sometimes the dates of such exercises. I'd start  this website, and go from there! You’ll also likely meet a lot of great, like-minded people. I know I’ve met some friends I’ll be keeping up with.

Number One: You’ll get to see up close just how awesome our military heroes really are, and you’ll have the chance to play an important part in their work. We should all do our part; isn’t that what being a patriot is really all about? And if you are interested and able, this just might be your part. 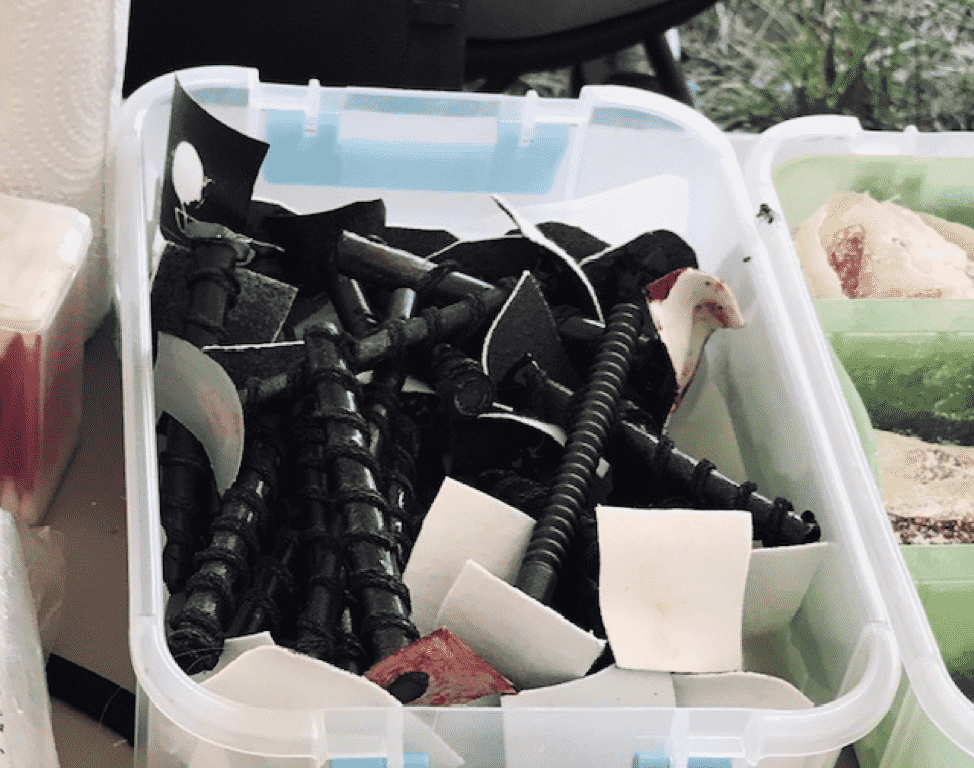 Another great benefit of the civilian role player experience is that the focused exposure to a disaster situation reminds us all about the importance of preparedness, helping one another, learning a few first aid skills – being in even a single day scenario makes you very aware of our duty as Americans to be prepared to handle emergency.

All in all, it wasn’t easy, but I feel very privileged to have been allowed to play some small role in the work our Heroes do, and I plan on doing it again when the opportunity arises. While I will never know what it feels like to be in my Hero’s boots, being a civilian role player made me prouder than ever of the professionalism, ability and dedication of our Heroes.

Interested in learning more? Ask me any questions below, or tell us about your experience in the comments!