Of all the abundance of patriotism we enjoy as American patriots, there is one jewel in the USA’s crown that shines the brightest, and evokes the greatest of patriotic emotion: The Star-Spangled Banner.

There are so many incredible blessings of American life, and one of the most beautiful is our beloved National Anthem. Let’s dig into the history of our treasured national song.

While all patriots know the tune of the national anthem, fewer still know the finer points contained in this most amazing song, the lyrics of which give us strong clues as to what it really means to be American. It seems to me that now would be a great time to reach back to this time of a young America, and remind ourselves of just what a precious heritage we possess. 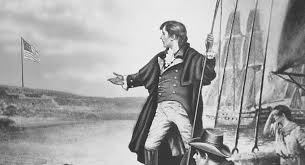 Francis Scott Key was a Washington, D.C. attorney at the time of the events that compelled the young attorney to write the Anthem. There was no hint of the long legacy Key was able to form; for now, though, he had been chosen for an important task. With the much-despised War of 1812 raging on, the British had just burned the city of Washington, and Key was asked to assist with a most dangerous task: rescuing his good friend Dr. William Beanes, who had been captured by the British Navy. While Key was able to successfully negotiate his elderly friend’s release, they were told that they men could not leave until the conclusion of the Battle of Fort McHenry (in order to prevent them from warning the colonists of the attack). 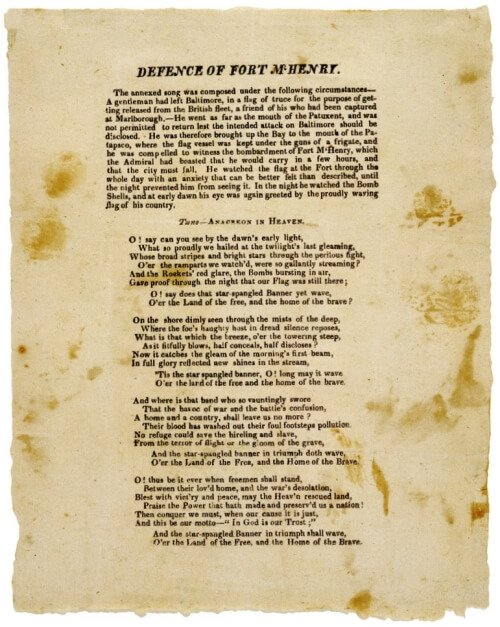 What Key witnessed during the Battle of Fort McHenry - and immediately after - the following morning in the harbor around Fort McHenry had such a profound effect on him that this amateur poet took pen in hand and wrote a poem about the experience.And so it was that Francis Scott Key recorded the tremendous courage he witnessed that day in the form of a poem to record forever the steadfast commitment forged in the American’s valiant defense of Fort McHenry. The poem was called “Defence of Fort M'Henry.”

Francis Scott Key’s poetry was eventually set to music; the melody used to bring the poem to life was called 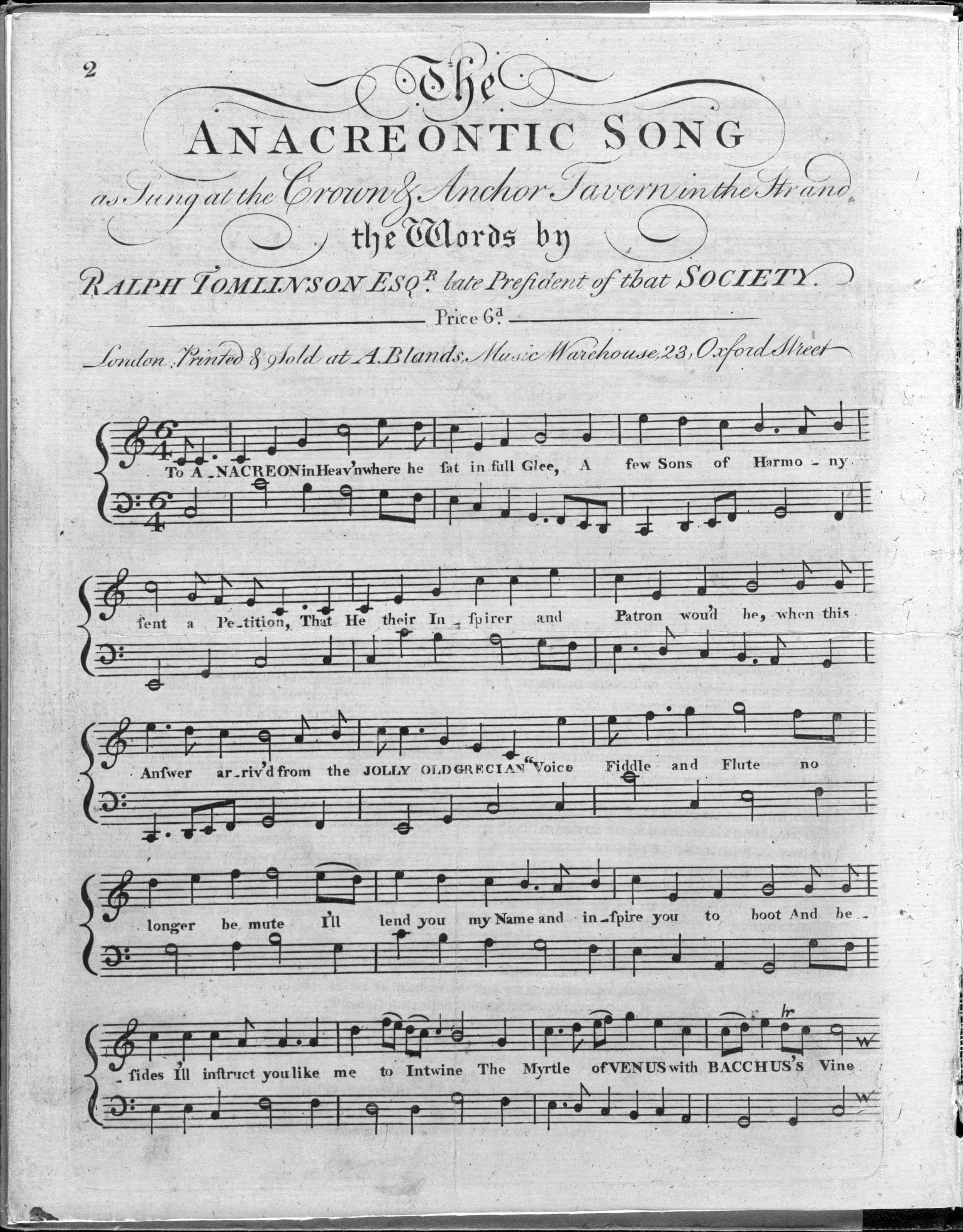 The American custom of beginning sporting events with The Star-Spangled Banner began during World War I. The reality and sadness of The Great War meant that even the World Series was played under a pall of sadness. Over 100,000 Americans had already lost their lives during the first 18 months our country was involved in The Great War. Indeed, there was little to rejoice over that day; besides the terrible loss of life, the announcement had come not long before Game One of the Series that the U.S. Government would begin drafting Major League baseball players for military service. The Red Sox and Chicago Cubs were playing Game One of the 1918 World Series at Comiskey Park. When a nearby band began to play Our National Anthem, Red Sox Infielder Fred Thomas, who was serving in the U.S. Navy but had been furloughed long enough to play in the World Series, turned to the flag and gave a military salute. All players quickly followed by removing their caps and turning toward the flag. The crowd remained standing, and sang along…. at the end of the song, the fervor and patriotism could not be denied. From there, The Star-Spangled Banner would began to be played at many public events – including the World Series, where the tradition began.

While beloved by the members of the colonies and through the expansion of our country, The Star-Spangled Banner did not officially become The National Anthem of the United States of America until 1931.

The Star-Spangled Banner officially became America’s National Anthem in 1931. Soon after World War II, NFL Commissioner Elmer Layden directed that it would be played at each and every NFL game. From there, the practice spread rapidly to all major professional and collegiate sporting events. Now, the Anthem is sung before many high school games.

In fact, being selected as the musician to deliver the Anthem is considered the greatest of public honors today, a privilege delegated to only the best, most well and trustworthy performers at the height of their careers.

It’s a moment of supreme beauty and unity when we all come together, rise, cast our gaze on the Stars and Stripes, while everything it means to be an American is called to mind– and those who guard and protect our country – without whom….Well, there just wouldn’t be a country to deliver this tribute to.

When we really pay attention to the words of Our National Anthem, what was Francis Scott Key essentially giving witness to? Every single virtue needed to be a good American: sacrifice, willingness to risk all, fortitude, and gratitude.

And that’s where YOU come in…An American’s first patriotic duty. save that of teaching love of God, Country and Family, is to show everyone you come in contact with, by way of your conduct and character, what it truly means to be an American. Parents, this goes far beyond the teaching of the names, dates and other points of patriotic interest in our National Anthem. Writing this blog taught me things I didn’t know about The Star-Spangled Banner, and I hope you enjoyed it, too; but it’s the respect and love of country that people see in you while our Anthem is played that goes straight to the heart of Americans young and old. 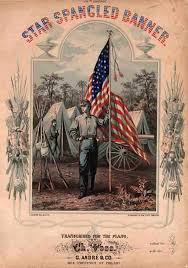 Speaking of hearts, we place our hand over our heart out of respect and allegiance to our country; but I can tell you from experience, my hand stays over my heart to keep it from bursting with gratitude and pride. Let’s live every day to give back to our Heroes, who give us what Francis Scott Key put into words that day: “The land of the free, and the home of the brave.”

Drop a comment below and let me know what our National Anthem means to YOU!