I love to save money. One of my favorite things to do is use my frequent shopper’s card at Harris Teeter, a popular grocery store in the south. It’s high-end, but if you get food on sale, the price compares with

Another thing I love about Harris Teeter’s frequent shopper’s card is the free item you get to try every weekend. Sometimes it’s bread, sometimes it’s Swedish fish, and sometimes it is something totally new that I have never tried before like Chobani flip yogurt, caramel M&Ms, and, my personal favorite, Ritz Crisp & Thins. 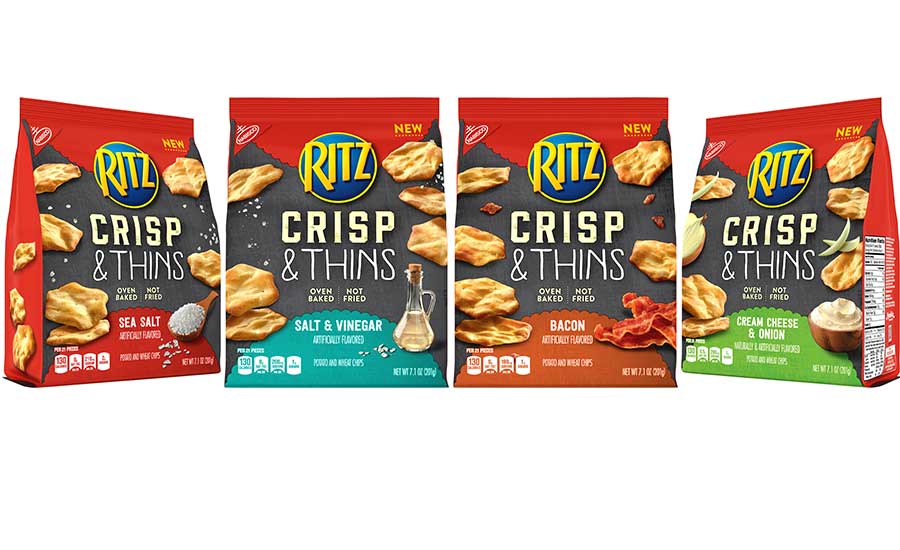 When I brought them back from the grocery store, I tried one, and it was the most amazing texture and taste. I loved how light and crispy it was while still maintaining that incredible salt & vinegar taste.

I told my fiancé he had to try some because he would love them and would want to consume the entire bag. He was a little skeptical at first, but once he tried one, he completely concurred. We quickly finished the bag that I had gotten as my free item of the week.

I liked them so much that I continued to buy them, especially when they were on sale. I tried the other flavors and liked those too, but nothing can match the salt & vinegar crisps, in my opinion. Whenever I took them to my fiancé’s house, I had to make sure that I told him I wanted some, or the whole bag would disappear!

Since they are pretty thin and crispy, I thought that it might be practically impossible to get them overseas because I figured they would arrive in a million pieces. So, I thought and thought about how to get them to my fiancé once he deployed. Finally, I came up with an idea: put the bag of Ritz Crisp & Thins in bubble wrap! And it worked. My fiancé told me that they arrived in perfect condition and were not smashed to smithereens.

As a side note, bubble wrap is great for any food item that is more fragile or breakable. I’ve sent Oreos with great success in bubble wrap. 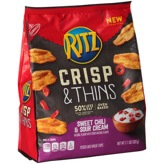 If you’ve never tried a Ritz Crisp & Thins bag, I would totally recommend that you do. You will not be disappointed. You can choose from bacon, cream cheese & onion, salt & vinegar, sea salt, smoked chipotle, and sweet chili & sour cream. 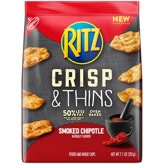 Once you’re convinced, like my fiancé was, that these are the best things since sliced bread, be sure to send some to your service member! If you get them through Amazon by clicking on these links, we’ll get a small payout to help keep the lights on, but you’ll still pay the same price. Try the bacon, cream cheese & onion, salt & vinegar, sea salt, smoked chipotle , and sweet chili & sour cream !

You can also try the variety pack . All flavors are also available in Prime Pantry if you have a prime membership.

Love Ritz Crisp & Thins? Leave a comment below with your favorite flavor and then send some to your deployed service member and let us know what he or she thinks!